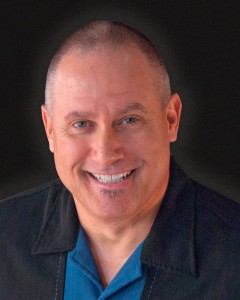 MARK is a “middle” child. No big surprise there, eh?

Many believe MARK’S sense of humor was developed at a VERY early age…by accident!

A few days after he was born – on the ride home from the hospital – his paternal grandfather insisted on carrying his new grandson home! Well, this was in the middle of December and little MARK was completely bundled up from head-to-toe – it wasn’t until his mother unwrapped him and took him from his grandpa’s arms that anyone realized – GRANDPA HAD BEEN HOLDING MARK UPSIDE-DOWN DURING THE ENTIRE RIDE HOME FROM THE HOSPITAL!

It was several weeks before anyone let my Grandpa hold me again. Heh. Do you think having all that blood rushing into his tiny little melon at the tender age of THREE DAYS caused any confusion in his thought-process during the rest of his life?

MARK lead a pretty normal childhood in a middle-class neighborhood in Wyandotte, MI; a suburb of Detroit. MARK’S Dad, Charlie – was a firefighter for the city they resided in, but…he ALWAYS was working a second job to provide “extras” for the family. Blossom, MARK’S Mom, was the family’s cook, housekeeper, seamstress, launderer, nurse and chauffer ALL rolled into ONE! You know…SUPERMOM!

MARK’S love for performing was evident at a very early age – whether it was doing impressions of John Wayne, Tennessee Tuxedo or Howard Cosell for his aunts and uncles OR an impromptu puppet show for his cousins…MARK loved being in the spotlight! Most people fear speaking in front of crowds – MARK has ALWAYS relished in it! Whenever a teacher looked for a volunteer to give an oral book-report (OR ANY PRESENTATION, for that matter!) MARK’S hand was sure to shoot into the air for consideration.

Being divorced many years ago, Mark designated himself a “BORN-AGAIN BACHELOR” a term that was coined when he first started doing standup! BUT WAIT! Exactly WHEN did MARK get started with this whole “comedy-thing?” Looking back on things, he certainly has had a wealth of experiences with which to draw material from…

MARK got his start in professional comedy at an open-mic night at the New Chinatown restaurant in Albuquerque, NM; back in March of 1986! He honed his comedic skills in places like Houston, San Francisco and Orange County, CA – before he FINALLY ditched his “day-job” in September of 1988 and hit THE ROAD! Mark returned to the Midwest in the late 90’s – eventually, re-locating to Toledo, OH; in 2004. 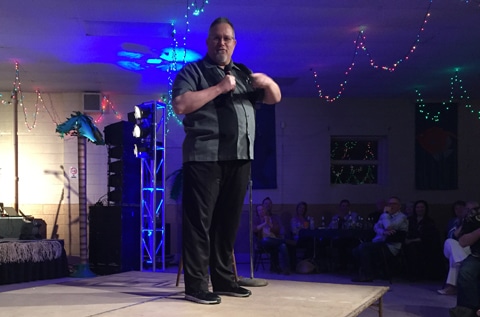 For over a quarter-century, Mark has been making people laugh – in clubs, at colleges, casinos – you NAME it! You wanna “bet on a winner?” Bet on MARK!

MARK has performed in 45 of these United States – with over 5,000 shows under his belt!

He covers his material in a fun and energetic manner – peppering in sound effects, quirky facial expressions and a few celebrity impressions along the way! He never stays on a particular subject too long – he shifts his show’s gears from tattoos to golf…then, on to “dating grandmothers” and breast implants!

COMCAST’S Comedy Spotlight on the Road, COMEDY CENTRAL’S Stand-Up, Stand-up, Nightshift on FOX, America’s Funniest People and Comedy at CLUB54 are all television shows that have featured Mark over the years.

Since 1986, MARK has had the good fortune of working with many HEAVYWEIGHTS in the standup biz! He’s opened for George Lopez, Kevin James, Harland Williams, Richard Lewis, Bobcat Goldthwaite, Tommy Chong, Bobby Collins, and Tommy Davidson!

In December of 2004, Mark had the opportunity to share the stage with “Mr. Las Vegas” himself – Wayne Newton – at Cleveland’s Palace Theater!

Mark found out very early in his career – that he just couldn’t “show up” for a private party or event and perform his “club” set!

It’s important to KNOW THE AUDIENCE you’ll be performing for – that’s why Mark takes the time to ASK QUESTIONS and RESEARCH beforehand! (The show he does for an annual meeting of CPAs just might be a little different than the one he’s asked to do for a holiday event that consists of a roomful of Teamster Truckers!)

MARK has headlined clubs ALL over the country - including:

His first CD, “Don’t Laugh…It’ll Only Encourage Him!” was released in January of 2001! Mark’s second CD, “REGULAR GUY” was released on the NEXT ROUND label in early 2009!

Hi Dean
Our Comic, Mark was a great fit for our group! everyone said they had a great time and our comedian was a riot!  This is the 18th time Rusch Entertainment has booked a GREAT entertainer for the annual spring Bowling Banquet.  We had about 150 guests!
Karole