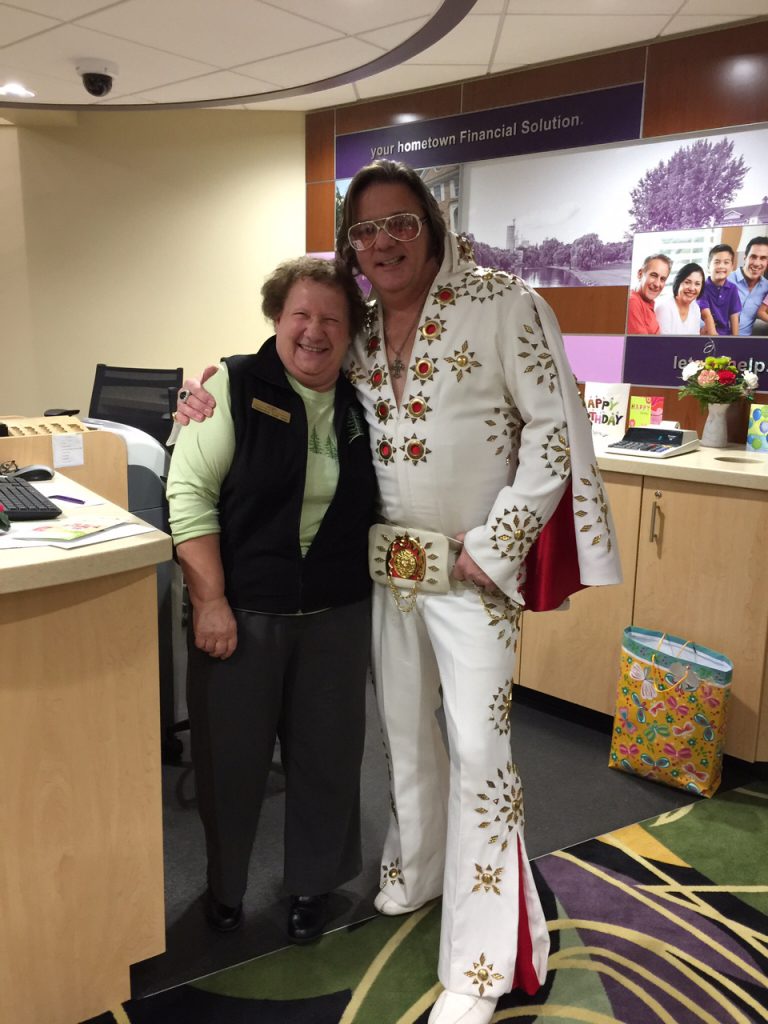 Whether you’re looking for entertainment for a special event or would like to send someone special a singing telegram, Elvis Bob is certain to be a big hit!

Bob pays tribute like no one else to “The King” who is one of the most celebrated and influential musicians of the 20th century. Elvis was commercially successful in many genres, including pop, blues and gospel. He is the best-selling solo artist in the history of recorded music, with estimated record sales of around 600 million units worldwide. He won three Grammys, also receiving the Grammy Lifetime Achievement Award at age 36, and has been inducted into multiple music halls of fame.

Bring back this musical icon for a bit of fun with Elvis Bob – just try not to step on his blue suede shoes!

The DJ Garret did a great job at my 70th birthday party, he kept the music going and got people dancing and having a good time and helped me make announcements when I needed to and he played the music I wanted.  The Elvis Artist was awesome I cannot say enough about him. What a great show, very entering and funny, everyone just loved him and he was very good about taking pictures with everyone even though that suit was hot and heavy. I would recommend Elvis Bobby to anyone who wants a great entertainer.  Your company delivered more than I expected and that is a good thing.  You delivered just as you told me you would. Thank you, thank you!
Jackie Walock – Stitt Hall –  American Legion Stitt Carl E Post 23, Dearborn Heights