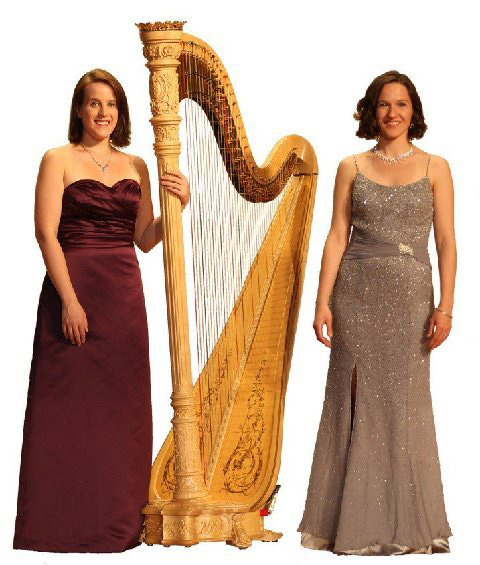 A native of Toledo, Ohio, harpist Alizabeth Nowland will complete her Master of Music degree in Harp Performance in Orchestral Studies in 2014, studying with Sarah Bullen, principal harp of the Chicago Symphony Orchestra.  Ms. Nowland is a graduate of the Indiana University Jacobs School of Music, where she received dual Bachelor of Music degrees in both Harp and Trumpet Performance, studying with Susann McDonald, Distinguished Professor of Harp, and Edmund Cord, Professor of Trumpet.

Ms. Nowland has recently performed with the Chicago Symphony Orchestra under the baton of Stéphane Denève and as principal harpist with many other regional orchestras throughout the Midwest. Additionally, she has had the privilege of working with conductors Leonard Slatkin of the Detroit Symphony and Franz Welser-Möst of the Cleveland Orchestra, as well as Constantine Kitsopolous, David Effron, Arthur Fagen, and Cliff Colnot.  Ms. Nowland has studied with internationally renowned soloist María Luisa Rayan-Forero and Elizabeth Hainen, principal harp of the Philadelphia Orchestra.

Along with versatile soprano Elizabeth Stoner, Ms. Nowland is co-founder of Duo Bella.  This innovative vocal and harp duo performs music from almost every genre.  Equally comfortable performing classical selections as well as Gershwin tunes and well-loved Broadway melodies, the duo is looking forward to many upcoming performances in the Northern Michigan and Chicago areas.

Soprano Elizabeth Cameron is a versatile performer, having enjoyed success in a wide variety of genres. Elizabeth, along with exquisite harpist, Alizabeth Nowland, is co-founder of Duo Bella.  This unique partnership performs music ranging from Bach to Broadway and Beyond at concert series, weddings, parties, and corporate events. In addition to her collaboration in Duo Bella, Elizabeth is also the soprano soloist singing the music of George Gershwin with Spectrum Brass, an exciting ensemble that is committed to creative collaboration.  The ensemble released its debut CD, Rhapsody: The Music of George Gershwin, in the Fall of 2009.

Previous performances include: Musetta in La Bohème , both Suor Angelica and Genovieffa in Suor Angelica , Ma Moss in The Tenderland , and Miss Todd in The Old Maid and the Thief . Elizabeth has been featured as soprano soloist in Haydn’sCreation with the Central Michigan University Festival Chorus, Bach′s Magnificat with Ann Arbor Cantata Singers, Handel′s Messiah with the Mennonite Choral Society, Mozart′s Requiem with the Bay View Festival Choir, as well as Stravinsky′s Pulcinella , Mahler′s Symphony Number 4, and Handel’s Messiah with the Lawrence Symphony Orchestra. Additionally, Ms. Stoner has presented solo recitals in Iowa, Maryland, Michigan, New York, and Wisconsin.

As an actress, Ms. Cameron′s theater performances include the title role in Anna Karenina, Martine in Learned Ladies , Lemon in Aunt Dan and Lemon, and Carol in State of Grace . Musical theater credits include Rizzo in Grease, Lilli/Kate in Kiss Me Kate , Zinia in an off-broadway workshop production of Tear Gas , Rose in Secret Garden, Julie Jordan and Cousin Nettie in Carousel , Mother Abbess in The Sound of Music , and a player in Godspell. Elizabeth Cameron has also appeared on NBC′s Law and Order .