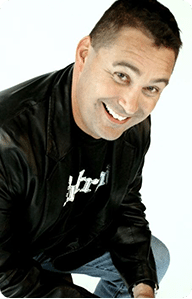 “A bitter pill to swallow” is how Bill describes his brand of humor.

Bill has worked with some of entertainment’s biggest names, including Gilbert Gottfried, Lisa Lampanelli, and the late Greg Giraldo. He continues to tour the country as a favorite headline act among club-goers and comedy fans nationwide, and was named by the Metro Times as “The Funniest Comedian In Detroit” in 2010.